In a world that seems to have lost its bearings, a world in which hate and cynicism appear to be the main standard bearers, what remains that is everlasting and good? Love. Hope. Optimism.

So here comes U2, with their new album, "Songs of Experience," to remind us of that. With songs such as “Love Is All We Have Left” and “Love Is Bigger Than Anything in Its Way," they declare, “Nothing to … END_OF_DOCUMENT_TOKEN_TO_BE_REPLACED 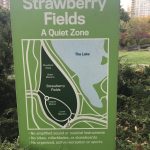 In my previous article, Getting Past What the F**k, I talked about the tumultuous time we live in, and that every day is a What the F**k moment, thanks to the current occupant of the White House and his manner of operating, which is to promote lies, distortions, hate, and crazy. 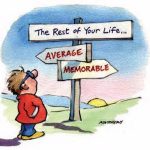 How to Break Free of Your Comfort Zones: A 4-Week Online Pilot Course to Help Get You Unstuck, Move Past Fear of Failure and Flourish is a new four week online course that I'll be teaching, starting Thursday, June 8 at 8pm.

It's a course aimed at helping you live a happier, more fulfilled and … END_OF_DOCUMENT_TOKEN_TO_BE_REPLACED 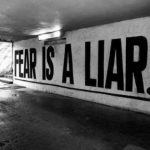 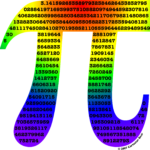 Pi, the ratio of a circle's circumference to its diameter, is one of those things in life, if you take the time to ponder it, that can leave you awestruck - even if you're not a geek (which I profess to be).   Pi has taken its place in the pantheon to such a degree that in 2009 the U.S. House of Representatives officially recognized March 14, 2009 as the first official National Pi Day, with every subsequent March 14 continuing in the same way. … END_OF_DOCUMENT_TOKEN_TO_BE_REPLACED 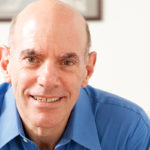 I sat down not too long ago with Mark Nepo, the author of the NY Times bestseller, “The Book of Awakening," and 17 other books, including his most recent book, "The One Life We're Given: Finding the Wisdom That Waits in Your Heart," for my Interviews with the Leading Edge video interview series.

Mark is a writer, poet, and sage, and speaks from the heart. … END_OF_DOCUMENT_TOKEN_TO_BE_REPLACED 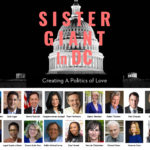 With all the tumult going on in the U.S. and world right now, what we we can't lose sight of is the reality that what we all want, what truly unites us, is a world in which we all can thrive.

In that regard, I will be going to the END_OF_DOCUMENT_TOKEN_TO_BE_REPLACED 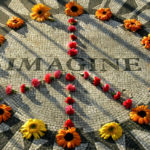 As we enter into the season of light, the time of the solstice and the holidays, and as we enter into a new year, I give you my gift - the above short music video, entitled "Imagine/Vision." I encourage you to watch it with an open heart and an open mind - it may just inspire you.
The solstice is the darkest day of the year. Now that we are past the solstice, more light is present in our world.   Martin Luther King Jr. once said, … END_OF_DOCUMENT_TOKEN_TO_BE_REPLACED 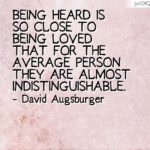 The title of this post, "Love is But the Song We Sing, and Fear's the Way We Die," comes from the classic 1960's song "Get Together" by the Youngbloods.

You can watch the video with the lyrics above.

Some might dismiss this as a 1960's utopian peace, love and granola song, but the words ring true decades later:

Love is but the song we sing,And fear's the way we dieYou can make the mountains … END_OF_DOCUMENT_TOKEN_TO_BE_REPLACED

I live in the United States. In recent weeks, the amount of societal strife, through police shootings of unarmed black men, and then of the police being fatally shot themselves in Dallas, has escalated and reached a point where we are witnessing a certain level of societal disintegration.

On top of the most recent incidents, there were the shootings that took place in mid-June at a gay bar in Orlando, Florida, and that, along with … END_OF_DOCUMENT_TOKEN_TO_BE_REPLACED