Home Action The Food Revolution: The Empire Strikes Back 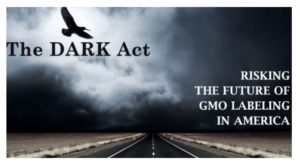 A few months ago I wrote a post entitled “The Revolution Marches On: Real Food Wins!”

In the article, I talked about the labeling law for genetically modified foods that was close to taking place in the U.S.

Vermont’s labeling law was set to go into effect on July 1, 2016, and the Big Food companies were doing their best to scuttle it.

They eventually were successful in blocking it this past summer, as Big Food got a bill passed that’s euphemistically called the Safe and Accurate Food Labeling Act of 2015, but is more accurately known as the Deny Americans the Right to Know, or DARK Act. The bill preempts state and local authorities from labeling and regulating genetically modified foods.

President Obama signed the final version of the bill into law at the end of July. The bill directs the Secretary of Agriculture to establish a national mandatory bioengineered food disclosure standard. The “disclosure standard” is a gift to Big Food, because the disclosure involves the consumer having to scan a QR code on a food product to find out about genetically modified ingredients, or call a 1-800 number.

The unfortunate thing is, as Michael Pollan wrote about in a recent article that appeared in the NY Times, Big Food Strikes Back: Why Did the Obamas Fail to Take on Corporate Agriculture?, when President Obama first ran for President in 2008, he was willing to take on the Big Food/Big Agriculture industry.

In 2007, while campaigning at an agricultural meeting in Iowa, Obama declared that Americans had a right to know where in the world their food came from and whether it had been genetically modified. In ways big and small, as Michael Pollan pointed out in the article, Obama left the distinct impression during the campaign that he grasped the food movement’s critique of the food system and shared its aspirations for reforming it.

And once in office, in the spring of 2009, the Obamas planted an organic garden on the White House lawn. 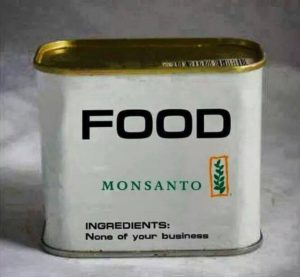 But Big Food struck back. The Obamas were called “organic limousine liberals,” and were warned that organic farming would lead to famine. They told Michelle Obama to use pesticides in her garden, whether she needed them or not. And Big Food wrote a letter to the president suggesting that, by planting an organic garden, the Obamas had unfairly impugned conventional agriculture.

In ways big and small the Empire struck back, until finally the Obamas were powerless against them. And Big Food also struck back against the activists of the Real Food movement, which is the movement to build community, to reconnect us with nature and to nourish both our health and the health of the land.

Yet no matter how hard the Empire strikes back, the Real Food movement will not be stopped, no matter what. 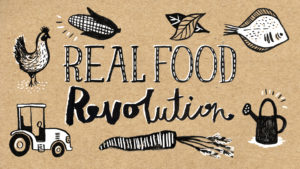 the conscience of the American eater, who in the past decade or so has taken a keen interest in the question of where our food comes from, how it is produced and the impact of our everyday food choices on the land, on the hands that feed us, on the animals we eat and, increasingly, on the climate. Though still a minority, the eaters who care about these questions have come to distrust Big Food and reject what it is selling. Looking for options better aligned with their values, they have created, purchase by purchase, a $50 billion alternative food economy, comprising organic food, local food and artisanal food. Call it Little Food. And while it is still tiny in comparison with Big Food, it is nevertheless the fastest-growing sector of the food economy.

In other words, more and more people are telling Big Food to take their crap and shove it down the toilet, as they refuse to eat it. No matter how much Big Food tries to stop the Real Food Movement from plowing forward, Big Food knows they are fighting a losing battle.

The Food Revolution marches on, no matter how hard the Evil Empire attempts to strike back.

Here’s the link once again to Michael Pollan’s article, Big Food Strikes Back: Why Did the Obamas Fail to Take on Corporate Agriculture?