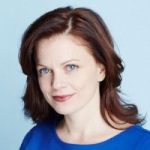 I sat down for a Skype conversation not too long ago with Heidi L. Sieck, the CEO of #VOTEPROCHOICE, a civic entrepreneur, and feminist activist, for my … END_OF_DOCUMENT_TOKEN_TO_BE_REPLACED 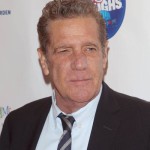 When rock star Glenn Frey, the multiple Grammy Award winning singer, songwriter, producer and actor, who was best known as a founding member of the Eagles, died on January 18, 2016 at the ago of 67, there were not that many people who knew how seriously ill he was.

The cause of death was listed as complications from rheumatoid arthritis - something he had been dealing with for 15 years - ulcerative colitis and pneumonia. In November … END_OF_DOCUMENT_TOKEN_TO_BE_REPLACED 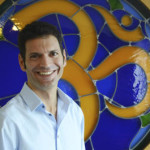 I sat down not too long ago with David Lipsius, the CEO of the Kripalu Center for Yoga and Health in Lenox, MA, for my Interviews with the Leading Edge video interview series. We had an in-depth and enlightening conversation that … END_OF_DOCUMENT_TOKEN_TO_BE_REPLACED

If you can grab 5 minutes, then Denise Dare writing in the Elephant Journal suggests doing the pose of a child. Simply find a soft spot on the floor, come to your hands and knees, and push your booty back to your heels. Rest your body on your thighs and relax your head to the Earth. Give yourself about 10 deep breaths, then slowly lift your body and carry on with your day feeling more connected, relaxed and at ease. What techniques do you have … END_OF_DOCUMENT_TOKEN_TO_BE_REPLACED

Today I'd like to talk about the health of the U.S.: I am sorry to report this but the United States is a sick country, and one that knows nothing about what health and healing truly is. Its medical system is highly flawed, in danger of collapse and is primarily a sick-care system. The U.S. spends twice as much on health care per capita than any other country, yet people are twice as sick due to the high rates of chronic disease: 75% of all … END_OF_DOCUMENT_TOKEN_TO_BE_REPLACED