Home Culture/Arts Obesity: The Health Issue of Our Time 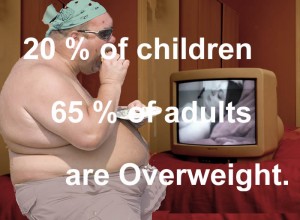 Obesity is truly the health issue of our times. It is a medical condition in which excess body fat has accumulated to the extent that it may have an adverse effect on health, leading to reduced life expectancy and/or increased health problems.

Body mass index (BMI), a measurement which compares weight and height, defines a person as overweight (pre-obese) when their BMI is between 25 kg/m2 and 30 kg/m2, and obese when it is greater than 30 kg/m2. 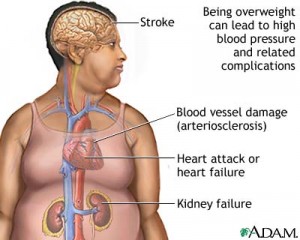 Before the 20th century, obesity was rare; in 1997 the World Health Organization (WHO) formally recognized obesity as a global epidemic. As of 2005 the WHO estimates that at least 400 million adults are obese, with higher rates among women than men.

The rate of obesity also increases with age at least up to 50 or 60 years old, and severe obesity in the United States, the British Isles, Australia, and Canada is increasing faster than the overall rate of obesity. The U.S., by the way, has the highest percentage of obese people in the world.

And Scotland actually is the second most obese country in the world, which is why People for the Ethical Treatment of Animals (PETA) put up an outrageous billboard not too long ago in Scotland.

Once considered a problem only of high-income countries, obesity rates are rising worldwide and affecting both the developed and developing world. These increases have been felt most dramatically in urban settings. The only remaining region of the world where obesity is not common is sub-Saharan Africa.

Obesity is a public health and policy problem because of its prevalence, costs, and health effects.

The main cause of obesity is the modern diet, and as such, it is an easily preventable situation. 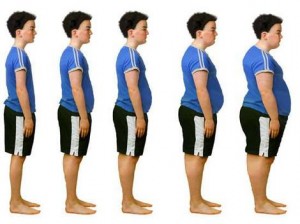 From 1971 to 2000, obesity rates in the United States increased from 14.5% to 30.9%. In that same amount of time, calorie consumption has grown tremendously, and most of the extra calories came from an increase in carbohydrate consumption rather than fat consumption.

The primary source of these extra carbohydrates are sweetened beverages, which now account for almost 25 percent of daily calories in young adults in America. Consumption of sweetened drinks, and sweets in general, is believed to be one of the main contributors to the rising rates of obesity.

Not too long ago, I wrote an article about sugar and high fructose corn syrup, and in the article I said that these were the main culprits in the obesity epidemic. Both of them are hard for the body to process, and use over time can cause tissue damage in various regions of the body.

It may be a lesser of two evils approach to say which of these two are worse, but the evidence points to high fructose corn syrup as being even more of a detriment to the body than sugar. But that doesn’t let sugar off, as sugar is a close second in its effects on the body and how it contributes to obesity.

Another big contributor is the increasing reliance on big-portion, fast-food meals, and the association between fast-food consumption and obesity is well-known. In the United States consumption of fast-food meals tripled and calorie intake from these meals quadrupled between 1977 and 1995.

Interestingly, because the country of Iceland had been in such dire straits financially a few years back during the global financial crisis of 2008, during that time McDonald’s announced the closing of their stores in that country. This made Iceland one of the few countries in the world that they’re not in. It will be interesting to see if health statistics and obesity rates will lower because of this.

One thing about Iceland is known: they are a resilient and happy people, so without a McDonald’s in the land, they may now have cause to be even happier and they may truly rejoice.

And it probably helped their financial situation, because it most probably lowered their health care costs.