Home Action Why Can’t I Vote for Bernie Sanders if He Isn’t the Nominee? – The Plight of the Binary Mind 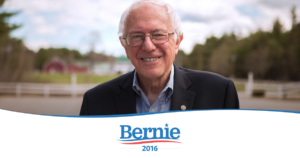 I was talking to a friend recently and telling him that if Bernie Sanders isn’t the Democratic nominee for President, I would then have to decide who I would vote for. I said I might just vote for Jill Stein, the Green Party candidate for President.

But this is a real problem in the U.S. electoral system, a system that has “the worst elections of any long-established democracy,” according to a recent report by the Electoral Integrity Project.

It is a problem that plagued Ralph Nader when he ran for President in 2000 and 2004, and is plaguing Bernie Sanders this year. The problem is what is stopping our system of democracy from becoming more democratic, fair and equitable, and less of an oligarchy.

The root of the problem stems from a way of thinking that our brains are programmed to carry out, although it can be easily rewired to not be that way. Unfortunately, in the U.S., this way of thinking occurs at a very acute level. 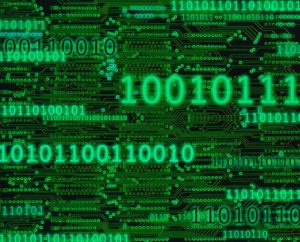 This way of thinking is the binary mind, a way of thinking that computers use, since they see things in terms of 0’s and 1’s. A binary mind sees things in black and white terms, as either being right or wrong, with nothing in between. There are no shades of grey in the binary mind, it’s one way or another – and it’s usually seen as a choice between good and evil, or God and Satan, with nothing in between.

The way of thinking that the binary mind exhibits makes a person dogmatic and rigid in their perspective, and causes them to not be able to see the forest for the trees. They keep a closed mind, so when they are presented with new ideas that seem outside their viewpoint, they have a knee jerk reaction that shuts down the possibility of this new idea. Their answer to most things is no; it’s hard for them to allow yes to be the answer.

There isn’t room for anything more than 0’s and 1’s in the binary mind: two’s company and three’s a crowd.

This is how democracy is practiced in the U.S. We have the company of two parties, Democrat and Republican. Beyond that, it’s a crowd that gets drowned out by the two parties. So even though there are other parties – Green, Libertarian, Working Families, Socialist, etc. – these parties have no clout, because the rules are written to keep them out. Having more then two parties is too complicated for the binary mind.

And since there are only two main political parties, it’s a lot easier for corporations, Wall Street, wealthy donors and other special interests to get their agendas met, because they only have to spread their wealth between two parties.

Ralph Nader had it right when he said that there’s only one political party in the U.S., the corporate party, with two wings, the Democratic wing and Republican wing.

Now, there are a few politicians who are cut from a different cloth and don’t fit into this pigeonhole – Bernie Sanders being one of them – and truly can’t be bought, but the great majority of American politicians can and are bought off.

And that’s why progress towards a more equitable, fair, sane and humane society in the U.S. falls short – there just aren’t enough politicians who can further this type of agenda, even though it’s something that the great majority of Americans want.

There’s a reason Bernie Sanders has been greeted with great excitement and large crowds – he is expressing the will of a large segment of the population who want to see change, want to see the political revolution that Bernie Sanders talks of. But then this movement runs smack up against the binary mind and binary system of democracy that the U.S. has, and in the process, run up against a wall.

So why can’t I write-in Bernie Sanders, if he isn’t the nominee, or vote for the Green Party candidate, Jill Stein? Why do some people think that’s a wasted vote? Why are we often faced with a choice that feels like the lesser of two evils?

It doesn’t have to be this way, as much of the world has shown – it’s called a parliamentary system of government. The European model of democracy is based on a parliamentary system, and in that system there are many diverse parties represented in their legislatures. The party that holds the most seats in the legislature becomes the party in power and the party from which the Prime Minister is named. And to achieve majority status in the legislature, a party often has to make alliances with other parties, and these other parties may have divergent viewpoints.

In most European countries, as well as other countries around the world, the Green Party is well represented in national legislatures; sadly, in the U.S. there are no Green Party members who are either Congressmen or Senators.

At times, when the Green Party has gotten enough members elected to the legislatures of various countries, they have had the opportunity to have a say in the national government. From 1998-2005 in Germany, they were part of the ruling Social Democratic Party, by virtue of the so-called Red-Green alliance they made with the Social Democratic Party.

Nowadays, Germany is a leader in the renewable energy field, and the country is moving closer to the goal of being 100% dependent on renewables as their energy source – and they are not the only European country moving in that direction. We have the Green Party to thank for furthering these policies.

Here in the U.S., none of these policies exist, and instead, someone like Bernie Sanders, who advocates for these types of policies, gets branded a socialist, communist, dreamer, and many other derogatory things.

Wake up America, and get away from this binary approach to politics and thinking, in ortder to usher in a political revolution – that would be the Revolution towards a more enlightened society.