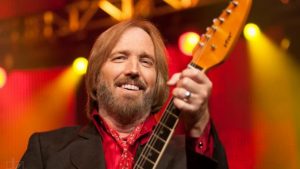 When rock icon Tom Petty died suddenly on Oct. 20, 2017, many people, myself included, were in shock.

Petty’s music was literal and figurative gold, it was the stuff that made you want to itch the cravings that feed your soul. You could get up and dance, sit and tap your feet, or just nod your head in communion with the music.

Tom Petty was universally loved – amidst our divisions his music gave us the opportunity to bond over our common ground and humanity.

And then, just like that, he was gone. When he died, it was announced that the cause of death was cardiac arrest. It was public knowledge that he smoked cigarettes at one time in his life, and that he also dealt with a heroin addiction at another time. I assumed the abuse finally caught up to him and that sadly, his heart failed him way too soon.

But now we know differently, what with a coroner report that came out a few days ago, one that said Tom died from what is euphemistically called an “accidental drug overdose,” caused by a result of mixing medications that included opioids.

I say euphemistically called accidental drug overdose because the real clinical term for what killed Tom Petty is Acute Pharmaceutical Toxicity, or APT. What this term means is that taking a number of medications at the same time can kill you. 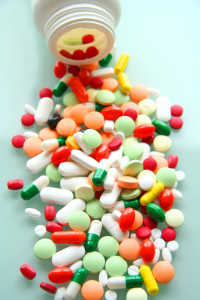 Here’s the problem: no one knows what happens when you take a number of drugs together, because pharmaceuticals have never been tested in combination with other drugs. In other words, when you are combining a number of medications, it is hard to predict what might happen.

Despite the fact that no combination testing has ever been done on pharmaceuticals, they are regularly prescribed in combination. Obviously, this creates a whole new realm of unknown risk based on the way multiple drugs might chemically interact in the human body.

The more pharmaceuticals you take, the more dangerous they become. While one pharmaceutical chemical may at first seem harmless (even though just one drug can actually kill you), when you start adding a second, third, fourth and fifth prescription on top of that, you’re dealing with Acute Pharmaceutical Toxicity.

Pharmacists are trained to help people avoid the most toxic two-drug combinations, but they rarely have any real knowledge about what happens when you combine three, four, five or more drugs. No one does. The science has simply never been done on that question. It’s no wonder: With all the possible combinations and permutations of pharmaceutical toxicity, it would take literally trillions of clinical trials to test them all.

So this whole idea that you can take a drug to treat one problem, then take a second drug to treat a second problem, and a third to treat a third problem… this entire approach to health care, upon which modern medicine is largely based, is flawed from the start. In clinical trials, patients are tested for one drug at a time. Never five or six (or ten).

So all the clinical trials that have ever been conducted by the pharmaceutical industry need to be thrown out the window for patients who take more than one drug. And that’s just about everybody!

Ask any senior citizen which prescription drugs they take, and most of them (the ones who can still remember, anyway) will rattle off a shockingly long list of toxic chemicals that have never been tested in combination. Just because one drug in isolation seems “safe” in one trial in no way means it’s going to be safe when combined with half a dozen other toxic chemicals taken by the patient at the same time.

And going back to Tom Petty’s situation, it turned out that Tom was on fentanyl, oxycodone, temazepam, alprazolam, citalopram, acetyl fentanyl and despropionyl fentanyl – all of these were found in his bloodstream by the coroner. Some of these medications are opioids, while others are anti-anxiety and anti-depressants.

In a statement posted to Tom Petty’s Facebook page on the day of the coroner report, his wife, Dana, and daughter, Adria, wrote that Tom suffered from “many serious ailments including emphysema, knee problems and most significantly a fractured hip,” but that he continued to tour, worsening his conditions. “On the day he died he was informed his hip had graduated to a full on break and it is our feeling that the pain was simply unbearable and was the cause for his over use of medication,” the statement said.

As we all know, opioid abuse is at epidemic levels in the U.S. But it wasn’t just opioids that killed Tom Petty – it was the crush of all the drugs, and the crush of a medical system that, while failing people, enriches the medical-insurance industrial complex.

And unfortunately, while Tom’s health was failing him, he put his faith in the system’s ability to medicate his ills away.

Tom Petty Died For Our Sins

We know how that story ended. Yet Tom Petty’s story is not unique, as many hundreds of millions of people are casualties of this system.

In a way, we all failed him. Tom Petty died for our sins.

We let this broken medical system continue to operate at the expense of our health, well-being, and lives. Drugs are a mega billion dollar business – $425 billion was spent on prescription drugs in 2015, and a recent report said by 2021, prescription drug spending will be $620 billion.

Per capita in the U.S., prescription drug use is one dozen. Imagine that: on average, every man, woman and child in the U.S. is taking one dozen medications.

We are fed hook, line and sinker by the drug, medical and insurance companies. “Ask Your Doctor” is the famous tagline used in drug advertisements. Your doctor will never tell you not to take the drug that is advertised though, because there’s a good chance that they are receiving money to prescribe the drug.

Coming Down is the Hardest Thing 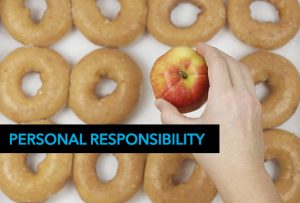 No one can make you take a medication. But to just say no, you have to be willing to take personal responsibility for your health. You have to make a commitment towards your own well-being by embracing a healthy perspective and lifestyle. This entails what you eat, how much you move, and your attitude and emotions.

Eating a whole-foods, plant based diet; moving as much as you can, in whatever way works for you; and maintaining a positive attitude, emotional intelligence, and mindful approach to living, can do wonders for your health and well-being. And then if you need a doctor, you won’t be coming into his or her office with serious and chronic health problems that may entail serious and potentially deadly treatments.

Tom Petty died way too young. He died for our sins. But like any sinner, we can pay penance and beg for forgiveness by confessing to the error of our ways.

Forgive me Tom. I didn’t mean to kill you. Your spirit will live on in my heart, always and forever.

And Tom, I want you to know: I’m learning to fly, but I ain’t got wings, Coming down is the hardest thing.