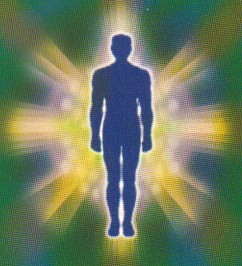 Over the last few weeks, I’ve written articles on some of the oldest forms of healing, methods that really are at the root of all healing methods.

These articles were on spiritual healing and on shamanism.

These healing approaches were predicated on helping the person to heal themselves. They were used to facilitate and activate the innate healing system that all of us have within.

The progression of medicine over the eons is based on this concept: everyone has a healing system, and it just needs to be maximized. All natural approaches have started with this basic premise, and have worked from there. All the modalities and disciplines used by the various natural healing approaches have this in common – they work at stimulating the body’s own reservoir of healing.

Modern medicine has gotten far away from this essential truth. It is a technological bioscience, and doesn’t recognize that people have great capacities of healing. To recognize that fact, that people can heal, a doctor would have to take the time to listen to a person, to get to know them, and then to give thought as to the proper treatment approach – and this approach would not just be writing a prescription.

It could incorporate nutrition, exercise, rest and stress management – the whole of the person would be looked at, from diet, lifestyle, emotions, attitude, spiritual health, the energetic body, and so on.

Working at this level is how the innate healing system can then be mobilized.

Bernard Lown, M.D., is the author of the book, The Lost Art of Healing: Practicing Compassion in Medicine. Dr. Lown is also a Nobel Peace Prize winner.

In The Lost of Healing, he wrote:
“Our health care system is breaking down because the medical profession has been shifting its focus away from healing, which begins with listening to the patient. The reasons for this shift include a romance with mindless technology, which is embraced in large measure as a means for maximizing income.

“Since it is uneconomic to spend much time with patients, diagnosis is performed by exclusion, which opens floodgates for endless tests and procedures. Malpractice suits should be viewed as mere pustules on the physiognomy of a sick health care system. They are not what ails medicine in the United States, they are the consequence.

“The medical care system will not be cured until the patient once again becomes central to the doctor’s agenda.”

Another physician who was a Nobel Peace Prize winner, was Albert Schweitzer. Schweitzer, born in 1875 and who died in 1965, practiced medicine in his native Germany and in Africa. He was fully schooled in the virtues of helping the innate healing system. He said:

“Each patient carries his own doctor within him. They come to us not knowing that truth. We are at our best when we give the doctor who resides within each patient a chance to go to work.”

Over the days and weeks to come, this series on Healing will take a look at different modalities and disciplines whose aim is to activate and cultivate the innate healing system.

I invite you to read along as I delve into these.