Home Health And Wellness Drugs The Dangers of Antibiotic Overuse

Antibiotics are drugs that fight infections caused by bacteria. Their widespread availability beginning in the 1940s revolutionized medical care and dramatically reduced illness and death from infectious diseases. Today, however, many bacterial infections in the United States and throughout the world are developing resistance to the most commonly prescribed antibiotic treatments. 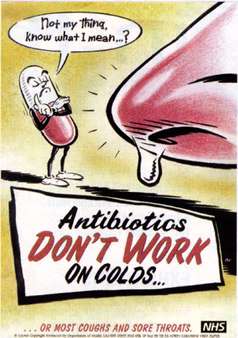 The issue is that antibiotics are used far too often, often for conditions that don’t warrant them. For instance, 70% -80% of all visits to a doctor for a sinus infection, cold, bronchitis or flu result in a prescription for an antibiotic being written. Yet, the overwhelming majority of these upper respiratory infections are viral in nature, for which antibiotics are useless.

Resistance occurs because there are millions of healthy bacteria which live symbiotically within us. These bacteria help us to live normally, and we allow them the same in return.

But if we take antibiotics when bacteria are not the cause of the trouble, we hurt the balance of healthy bacteria in our body and start to knock them out of the body. 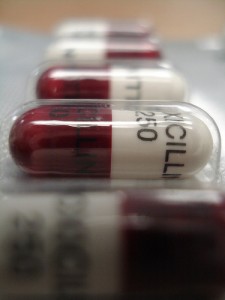 As overuse of antibiotics continues, more and more resistant microbes will spread, and antibiotics will consequently become less effective. Drug-resistant bacteria emerge from mutations – microbes are constantly mutating, and these mutations eventually cause resistance to antibiotics.

Drug-resistant bacteria are a growing problem in hospitals worldwide, marked by the rise of superbugs such as methicillin-resistant Staphyloccus aureus (MRSA).

MRSA has been concretely linked to the indiscriminate and improper use of antibiotics.

Such infections kill about 25,000 people a year in Europe and around 48,000 in the United States. In the U.S. superbugs add $8 billion to health care costs.

Superbugs are infections that can’t be successfully treated with commonly prescribed antibiotics and usually involve longer illnesses, extended hospital stays or severe side effects from last resort drugs. They often lead to higher treatment costs. And for young children, the elderly and the immuno-compromised, a progressive antibiotic-resistant infection can be fatal. 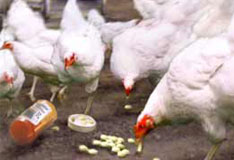 70% of antibiotics used in the U.S. are fed to animals – a total of 25 million pounds, which is eight times the amount given to humans. These animals, once slaughtered and consumed by humans, lead to major problems with antibiotic resistance.

You can read more about antibiotics and livestock in the article I wrote on the Low Density Lifestyle website last fall, The Drugging of Livestock.