Home Action Sympathy for the Devil

“Please allow me to introduce myself
I’m a man of wealth and taste
I’ve been around for a long, long year
Stole many a man’s soul to waste”

And so sang Mick Jagger in the Rolling Stones song “Sympathy for the Devil.”

Many a person’s soul has been laid to waste by the taste of money, power and/or fame. Sometimes it is obvious when a person has been seduced by these. But most of the time it’s not so clear and much more insidious.

I talked about the sugar industry’s long history of distorting nutrition policy in the U.S. in a previous article, Everybody’s Got Something to Hide Except For Me and My Monkey. 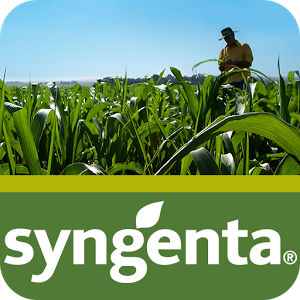 Let’s look at the pesticide giant Syngenta. Syngenta manufactures a pesticide that some believe has played a large role in the declining worldwide bee population. Syngenta has long blamed a tiny bug called a varroa mite, rather than their own pesticides, for the bee decline – by doing so, it gets them off the hook.

The need for Syngenta is to get scientific backing from “independent” scientists to support their claim. And so they commissioned James Cresswell, an expert in flowers and bees at the University of Exeter in England, to study why many of the world’s bee colonies were dying.

Syngenta and its competitors argue that the real culprit is a disease called varroosis, which is spread by varroa mites. The Bayer Bee Care Center in Germany includes menacing sculptures of the little pest.

But Dr. Cresswell’s initial research for Syngenta did not support the varroosis claims. “We are finding it pretty unlikely that varoosis is responsible for honey bee declines,” he wrote to Syngenta in 2012.

An executive wrote back, suggesting that Dr. Cresswell look more narrowly at “loss data” of beehives rather than at broader bee stock trends, “As this may give a different answer!”

For the next several weeks, the company repeatedly asked Dr. Cresswell to refocus his examination to look at varroa. In another email, the executive told Dr. Cresswell, “it would also be good to also look at varroa as a potential uptick factor” in specific countries where it could have exacerbated bee losses.

In the same email, part of a chain with the subject line “Varoosis report,” he also asked Dr. Cresswell to look at changes in Europe, rather than worldwide. Dr. Cresswell agreed and said, “I have some other angles to look at the varoosis issue further.”

By changing parameters, varroa mites did become a significant factor. “We’re coming to the view that varoosis is potent regarding colony loss at widespread scale,” Dr. Cresswell wrote in January 2013.  A later email included scoring that bore that out.

And thus, Syngenta, through a seductive plan of coercion through manipulation of data, got what they were looking for: data to prove that bees were dying from a mite disease, and not from Syngenta’s pesticides.

Over time, Dr. Cresswell has had regrets about his collaboration with Syngenta, and especially how they seduced him with money to get him to manipulate his data. Nowadays he calls Syngenta “a kind of devil.”

In England, Syngenta has built a network of academics and regulators, even recruiting the leading government scientist on the bee issue. In the United States, Syngenta pays academics to help validate the safety of its products. Not only does Syngenta fund research, they also pay generous consultant fees to scientists who did their bidding, and also pay for vacations for the scientists.

Syngenta manufactures the second most popular weed killer in the U.S., atrazine. Atrazine, banned in the European Union, has also been controversial in America. Most notably, Syngenta started a campaign to discredit Tyrone B. Hayes, a professor it once funded at the University of California, Berkeley, when Dr. Hayes found that atrazine changes the sex of frogs.

To help them promote Atrazine as safe, Sygenta has seduced many scientists to support them. One of them, James W. Simpkins, is a professor at West Virginia University and the director of its Center for Basic and Translational Stroke Research. Simpkins often co-authors research with Syngenta scientists.

In 2003, Simpkins appeared before American regulators on Syngenta’s behalf, saying that “we can identify no biologically plausible mechanism by which atrazine leads to an increase in prostate cancer.”

Dr. Simpkins was also lead author of a 2011 study finding no support that atrazine causes breast cancer. And last year, he was part of a small team of Syngenta-backed scientists that fought California’s move to require that atrazine be sold with a warning label. He also recently edited a series of papers on atrazine for Syngenta, garnering praise from a senior researcher at the company, Charles Breckenridge, who wrote in an email that the “papers tell a simple, yet compelling story.”

Monsanto is another giant corporation that seduces scientists to tell their side of the story. The fight over GMO labeling is a case in point. Scientists have been enlisted by Monsanto to be a part of Monsanto’s lobbying and corporate public relations campaigns in order for Monsanto to get their agenda into the public’s consciousness. It worked, as through their careful strategy, Monsanto sowed seeds of doubt over GMO labeling in the mind of the public and also were able to sway the minds of legislators.

This led to Monsanto’s success in superseding the public’s right to know if the foods they buy have GMO ingredients with Monsanto’s needs to keep people in the dark. And that’s just what the law that Congress passed last summer was called, the Dark Act, which stands for Denying Americans the Right to Know.

It’s no secret that politicians are easily in sympathy with the devil – they are easily seduced by money, power and fame. But it’s more insidious when we hear from those who we think are independent and above being corrupted touting a corporate agenda. It brings to mind a chorus from “Sympathy for the Devil”:

“Pleased to meet you
Hope you guess my name, oh yeah
Ah, what’s puzzling you
Is the nature of my game, oh yeah”

Yes, what is the nature of the game? It certainly is not what’s in the public good.