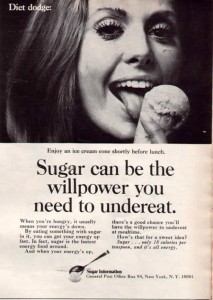 I’ve written a number of articles on sugar, and how detrimental it is to your health.

And so, where does that leave us? Well, believe it or not, the good old sugar industry sees an opening. They realize that if they portray themselves as the natural option, they can convince people that they are the healthy choice.

Why, what a public service they are providing! They are advising people to get away from using the poisonous artificial sweeteners, and instead return back to the fold by sticking with the real thing.

From the tomato sauce on a Pizza Hut pie called “The Natural,” to the soda Pepsi Natural, 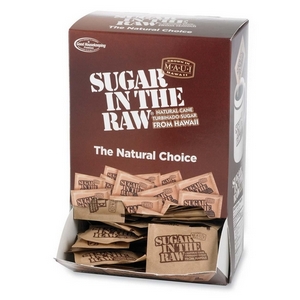 some of the biggest players in the American food business have started replacing high-fructose corn syrup with old-fashioned sugar, and promoting the fact that by doing that, they are giving people a healthy choice.

Blamed for hyperactivity in children and studied as an addictive substance, sugar has had its share of image problems. But the widespread criticism of high-fructose corn syrup — the first lady, Michelle Obama, has said she will not give her children products made with it — has made sugar look good by comparison.

Most scientists do not share the perception. Though research is still under way, many nutrition and obesity experts say sugar and high-fructose corn syrup are equally bad in excess. But, as is often the case with competing food claims, the battle is as much about marketing as it is about science.

But with sugar newly ascendant, the makers of corn syrup are fighting back. The Corn Refiners Association have mounted a multimillion-dollar defense, making sure that an advertisement linking to the association’s Web site pops up when someone types “sugar” or “high-fructose corn syrup” into some search engines. 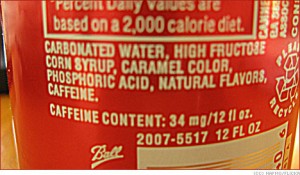 In one television advertisement, a mother pours fruit punch into a cup while another scolds her because the punch contains high-fructose corn syrup. When pressed to explain why it is so bad, the complaining mother is portrayed as a speechless fool.

Audrae Erickson, president of the Corn Refiners Association, said consumers were being duped.

“When they discover they are being misled into thinking these new products are healthier, that’s the interesting angle,” Ms. Erickson said in an interview.

Meanwhile, the American Medical Association says that when it comes to obesity, there is no difference between the syrup and sugar.

Dr. Robert H. Lustig, a pediatric endocrinologist at the University of California, San Francisco Children’s Hospital, said: “The argument about which is better for you, sucrose or HFCS, is garbage. Both are equally bad for your health.”