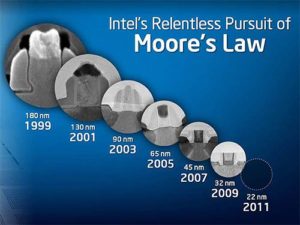 Moore’s Law is technology gospel and named after Gordon Moore, the founder and former CEO of Intel. Presented in 1965, Moore’s Law became an axiom of the computer technology world and has rung true through the decades.

What Moore’s law stated is that the number of components that could be etched onto the surface of a computer chip would double at regular intervals and would continue to do so for the foreseeable future, making all kinds of computers and electronic devices smaller, faster and cheaper.

When Gordon Moore made his observation, the densest memory chips stored only about 1,000 bits of information. Today’s densest memory chips have roughly 20 billion transistors. The iPad 2, which went on the market in 2011 for $400 and fits in your lap, has more computing power than the world’s most powerful supercomputer in the 1980s, a device called the Cray 2 that was about the size of an industrial washing machine and would cost more than $15 million today.

And that iPad 2 is slow compared to the newer models of iPads.

Yet, there are limits to what technology can do, and engineers are starting to come up against the boundaries of how tiny semiconductors can become – chip scientists are nearly at the point where they are manipulating material as small as atoms. Even Gordon Moore understood this; in 2015 he said, “I see Moore’s law dying here in the next decade or so.” 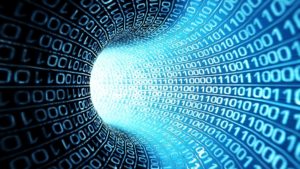 This way of thinking, like computers, sees things in terms of 0’s and 1’s. A binary mind sees things in black and white terms, as either being right or wrong, with nothing in between. There are no shades of grey in the binary mind, it’s one way or another – and it’s usually seen as a choice between good and bad.

The way of thinking that the binary mind exhibits makes a person keep a closed mind, so when they are presented with new ideas that seem outside their viewpoint, they have a knee jerk reaction that shuts down the possibility of this new idea. Their answer to most things is no; it’s hard for them to allow yes to be the answer, or to be a Visioneer.

The potential to be Visioneers and to accessing your leading edge is predicated on using your mind’s capabilities, to a degree much further than what researchers tell us the mind is used. Researchers tell us we use somewhere between 1% and 9% of the mind’s capabilities, which is just a small sliver. Because we use so little, we are stuck in a binary way of seeing the world.

Computers are an outgrowth of this binary way, and computers are programmed to work in a binary world with 0’s and 1’s. All computers do is think in terms of 0’s and 1’s, totally binary, and all computer solutions and algorithms come out of this binary system. Even when it’s a computer with the greatest computing power, there are still limits to what it can do, because of the limits of a binary system and binary mind. 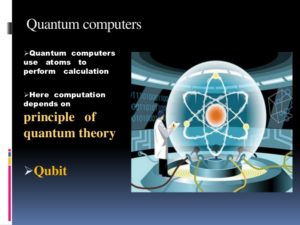 But the binary computer is going to fade away soon, probably not next year, but soon. New computers are being designed that will perform computations that would take more than the age of the universe to do on a binary computer; and these new computers are also able to process information in ways that are so new and different that they cannot even be properly described yet. These computers are called quantum computers and they will run on quantum bits, or qubits.

A quantum mind is a mind that can think in the biggest way possible, that can see various possibilities and alternatives, and doesn’t get stuck in just one way of doing or seeing things. If something isn’t working, the quantum mind will just switch to the next alternative approach.

How big, how spacious can your mind go? That’s how to access your leading edge, just by allowing your mind to be as spacious as possible.

Here’s what I’m getting at with quantum computers and the quantum mind: as quantum computers become more prevalent, it will cause, through the process of neuroplasticity, new neural pathways in the mind to be laid down, and through neuroplasticity and the new trails that will be made, our minds will naturally start to stretch further and further, and we will move from a binary way of operating to a quantum way, and in the process, we will push the envelope for what the definition of leading edge is.

You just have to nurture and cultivate being open, and your mind will find its way, through the new tracks and trails and pathways that are being created by the travelers of this new evolved open culture.

More and moore, we are finding our way to our greatest human capabilities, and as we do so – and even as just a small segment of our population does so – it will create a tipping point that will lead to a Revolution: this is the Quantum Revolution, or the Open Revolution, leading us to a more holistic, sustainable and enlightened world.