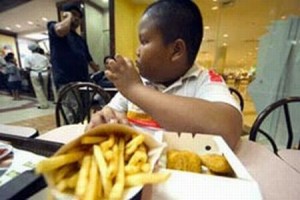 For the last two days I’ve been talking about obesity in children, and the fact that in the U.S. nearly one in three children and teens are overweight or obese.

I discussed in yesterday’s article that one of the key causes of this obesity epidemic is sugar and high fructose corn syrup.

Many say that another big cause of obesity in younger folks is their lack of exercise.

Most American teenagers are not as active as they should be, but a lack of exercise does not seem to be to blame for the rising rates of teen obesity, according to a U.S. study.

According to a recent study published in the journal Obesity Reviews, researcher Youfa Wang of John Hopkins University said that a lack of exercise was not to blame for the rise in U.S. children and teens. 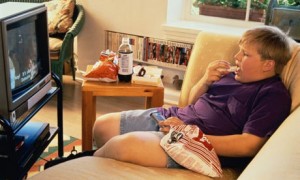 Wang and his research team, using government survey data from 1991 and 2007 that tracked the health and lifestyle of U.S. high school students, found the amount of physical activity among U.S. teens has not in fact changed significantly over the past two decades while the population, including children, has gotten heavier.

“Although only one third of U.S. adolescents met the recommended levels of physical activity, there is no clear evidence they had become less active over the past decade while the prevalence of obesity continued to rise,” said Wang.

He said there was no evidence that teens’ exercise levels had changed appreciably at any time during the study period — even though those years saw an increase in teen obesity.

Overall they found only 35 percent of teenagers surveyed in 2007 met the current recommendations for physical activity — performing activities that gets the heart rate up at least one hour per day, five or more days out of the week.

But there was no evidence that teenagers’ exercise habits shifted significantly during the study period.

In 1993, for example, 66 percent of teens got enough short bursts of vigorous exercise — 20 minutes of running, biking or other heart-pumping activity at least three days per week. That figure was 64 percent in 2005.

When it came to moderate exercise which should, according to guidelines, be performed at least 30 minutes per day, on five or more days per week, only 27 percent met that goal in 1999.

That figure was unchanged in 2005.

The researchers also found a decline in teenagers’ TV time, which is interesting, because it has been widely believed that an increase in TV time is one of the causes of obesity.

In 1999, 43 percent of students spent three or more hours watching TV on school days but this figure dipped to 35 percent in 2007. Wang said these findings suggest that waning exercise levels are “not likely the major explanation of the recent increase in obesity among U.S. adolescents.”

He said other factors, like unhealthy diets, may be the driving force. 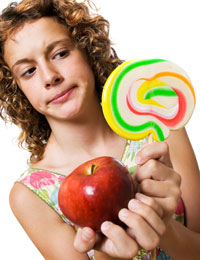 And that is the truth. It’s the high consumption of junk food – sugar/high fructose corn syrup and fatty foods – that are the culprit.

Sadly, the desire for the junk foods is pretty much an addiction. Studies of the brain function of people with substance addictions has found that junk food triggers the same activity and response in the brain.

And a new study by researchers at the Scripps Research Institute in Florida found similar reactions in rats. Pleasure centers in the brains of rats fed high-fat, high-calorie food became less responsive over time – a signal that the rats were becoming addicted. The rats started to eat more and more. They even went for the junk food when they had to endure an electric shock to get it.

“Your brain reacts almost identically to that of a cocaine addict looking at cocaine,” said Dr. Louis J. Aronne, a clinical professor at Weill Cornell Medical School and former president of The Obesity Society. “And the interesting thing is that someone who is obese has even more similarity to the cocaine addict. In many ways, they can be addicted to junk food.”

And even more sadly, food companies know this and create their food products with this in mind – they want people to be addicted to their products, because then they have a customer for life, regardless of the consequences.

And the consequences are that these junk food addicts will be caught in the treadmill of a High Density Lifestyle unless they break their addiction.