Home Action If Not Now, Then When? 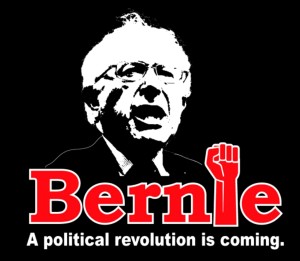 In a recent New York Times editorial entitled “The Bernie Sanders Revolution,” the Times stated that, in so many words, voting for Sanders is useless because Sanders has no backing behind him.

In one of the paragraphs, the Times said: “Mr. Sanders’s own political career illustrates what can happen when a revolutionary has no ground troops. For 25 years in Congress, Mr. Sanders has held fast to his progressive message and principles. But he hasn’t gotten many big things done. As an uncompromising political independent, his outsider status has largely prevented him from attracting the support that would be needed among Democrats to turn into law his liberal ideals on health care, on college education and on fighting poverty and climate change.”

And so in essence, they are saying don’t waste your vote for Bernie Sanders. As the editorial said in the conclusion, what is needed is not a revolution but an evolution.

Their logic is based on the present make-up of the U.S. Congress – a majority of both the House and Senate are Republican – and state legislatures, where a majority of states are under Republican control. 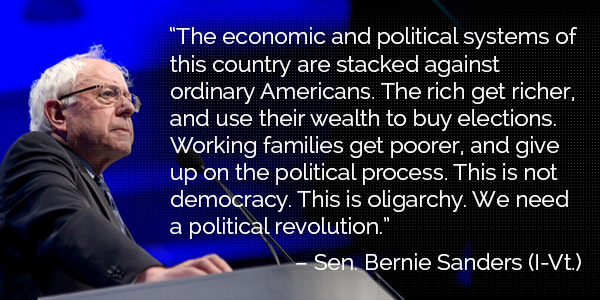 Yes, there is a point there. Bernie will be up against the typical Republican obstructionism if he is elected President.

But the question is, if not now, then when?

It is rare to see and hear a politician speak so bluntly, directly and authentically about the issues at hand and face them head on. There is no lip service that comes out of Bernie Sanders’ mouth, he speaks the plain truth.

And what he speaks of is a political revolution.

Granted, a true revolution needs to be more than a political revolution. It needs to be a Quantum Revolution, one in which we have both a political transformation and a transformation of the way we think – in which people begin thinking and doing with greater clarity, greater awareness, greater love, and with a connection to the pulse of the universe, in order to move things along for the greater good.

But still, how often does a political candidate for President come along who speaks of a revolution in all the right ways? Once in a blue moon.

Bernie Sanders’ polar opposite, Donald Trump, is also getting people excited, but unfortunately, it’s for all the wrong reasons. Trump is awakening people, but he is waking the dark side of people’s souls.

Bernie Sanders is awakening people also, but he is waking the better angels of our nature. There is a reason people come out in droves to hear Bernie Sanders speak, and why people talk about “feeling the Bern.” He is getting people excited, excited that there could be hope, and that democracy can once again flourish in the U.S., as opposed to the oligarchy that we have become.

Bernie Sanders’ ideas are not radical – they are ideas that are prevalent in European countries – and would lead to a great blossoming in the U.S.

Granted, no one politician, even someone with the best of intentions, as Bernie Sanders has, can create change all by themselves. Change, while it can come to some degree from the top down, ultimately comes from the bottom up. But still, having a person at the top who believes in this change, and will do everything in their power to see that change happen, is a blessing.

We can’t continue on the path we are on. It is a toxic road that is going to take us all down. We can choose to take a new path. We need a revolution.

And so, the question still begs: if not now, then when?