Today I give you the true story about how modern medicine became the only show in town. This is an important lesson to know, because it will help you to understand the business of medicine better, and the unsavory and corrupt beginnings of our current system of medicine.

When you are sick and go to the doctor, you take it for granted that you are going to the person who knows what to do to help you get better. When the doctor diagnoses what your problem is, and then pulls out his or her prescription pad and writes you a prescription for a drug that will take care of the problem, you then feel relieved.

But how would you feel if the doctor’s prescription was for an herbal or homeopathic remedy, or instead of a prescription the doctor gave you nutritional advice, and/or performed acupuncture on you?

These days, you might like this second scenario better. With the growing popularity of integrative medicine, more and more people are embracing a holistic model of medicine. But not too long ago, there were no choices, and any health provider who didn’t practice the modern medicine approach was labeled a quack and run out of town as soon as possible. 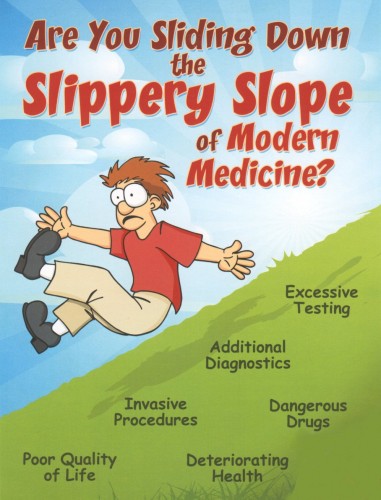 So how did it come to be that modern medicine grabbed such a stronghold on the field of healing, essentially becoming a monopoly called Health, Incorporated?

In the nineteenth century in the U.S., there were two different types of doctors—the allopaths, who prescribed drugs and crude surgeries, and the alternative healers, who prescribed various natural approaches. Neither of the two different types of doctors dominated the marketplace, and because it was easy for a person to become a doctor, most people practicing the healing arts were poor.

The allopaths weren’t happy about all the competition—both amongst their fellow allopaths and amongst the alternative healers—which was keeping them poor, and began agitating in order to do something about it. They had already formed a trade union, the American Medical Association, in 1847; started publishing a journal, The Journal of the American Medical Association, in 1883; and then in 1897 the trade union was incorporated.

They started studying the matter to determine what they could do to fix the situation, and in 1901 the Journal of the American Medical Association released the following statement: “The growth of the profession must be stemmed if individual members are to find the practice of medicine a lucrative profession.”

Next, the American Medical Association asked the Carnegie Foundation, the foundation founded by Andrew Carnegie, the billionaire steel magnate, to survey all medical schools and issue a report as to how to fix the system. The Carnegie Foundation commissioned Abraham Flexner, brother of Simon Flexner, the head of the Rockefeller Institute for Medical Research, to write the report.

The aim of the Flexner Report was to standardize the field of medicine, to determine what adequate training of a doctor should consist of, to eliminate alternative doctors, and to limit the number of doctors practicing allopathic medicine.

Based on the Report, medical schools that offered training in various alternative disciplines including herbal medicine, naturopathy and homeopathy, were told either to drop these courses from their curriculum or lose their accreditation and underwriting support. A few schools resisted for a time, but eventually all complied with the Report or shut their doors.

But the American Medical Association wasn’t done asserting itself. Having gained a stronghold on the field of medicine by limiting the number of medical practitioners, it wanted to stamp out all alternative practitioners for once and for all. It was the work of George “Doc” Simmons and Morris Fishbein that accomplished this task.

Both men were editors of the Journal of the American Medical Association and heads of the American Medical Association; Simmons headed the organizations from 1900-1924 and Fishbein from 1924-1949. They both derisively labeled as “quacks” any alternative practitioner, and used the full weight of the Journal to expose the practitioner as a fraud and get their work stopped.

But both of these men were petty, vindictive and corrupt, and were only looking out for their own best interests. Simmons was never a doctor, although he spent years in medical practice – he obtained a diploma by mail from Rush Medical College, a diploma mill. Fishbein did complete studies at a medical school, although he never completed his internship, never received a diploma, and never practiced medicine a day in his life.

What Simmons and Fishbein had in common, besides a complete dictatorial control of the AMA and a hatred for all types of alternative modalities, was a desire to use their position to fatten their wallets through extortion.

They had a deal with pharmaceutical companies, whereby they would give the AMA Seal of Approval on various drugs, if the drug companies made a substantial donation to the AMA; a portion of the donation went into the pockets of Simmons and then, after Simmons was forced to retire from the AMA, Fishbein. Since the AMA had no labs, no testing equipment, or any research staff, it was by the whim and decree of these two men what drugs got the Seal of Approval.

Another ruse they had was to buy up huge sums of stock on drugs that they were about to give the Seal of Approval to. Once the approval was released, the stock price would go through the roof, and Simmons and Fishbein would reap the rewards.

Simmons was forced to retire in 1924; Fishbein kept his stranglehold on the AMA until 1949, when he was kicked out.

But the damage was done, and promising natural and holistic therapies were left in their wake. Instead the public got Health, Incorporated, and was lead to believe that only a doctor who practiced modern medicine knew what was best.

Things are changing now for the better, but for many there still is a reliance on the doctor of modern medicine to be the trusted final word in helping us to get healthier.

It is important to understand this little history lesson in order to understand better how the field of medicine has come to be what it is now, and to help us realize that we are the ones who should be the final arbiter of our health. To do so means to empower yourself.