Home Health And Wellness Dang Gui – The Queen of all Herbs 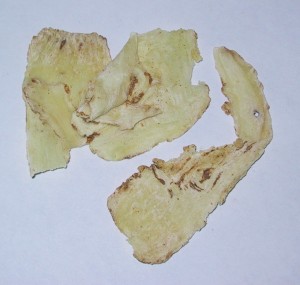 Today, I want to tell you about an herb that is second only to ginseng in popularity in Chinese Herbal Medicine. Because of this, I have crowned it the Queen of all Herbs.

It is also called the female ginseng, because of its prized value in women’s health, but it is an herb that is not just for women.

Like ginseng, Dang Gui has adaptogenic properties, which means that it helps you deal with stress and the effects stress has on the body. Like all adaptogens, it strengthens the immune system and balances the autonomic nervous system.

Dang gui has been used historically to treat women’s health disorders.
It contains phytoestrogens, which are chemicals found in plants that mimic the effects of estrogen in the body.

Dang gui is said to help balance women’s hormone levels, both restraining and supplementing the body’s production of estrogen as needed. It is used to treat menstrual and menopausal symptoms, including migraine, cramps, mood fluctuations, and hot flashes. It is also said to help speed a woman’s recovery from childbirth and symptoms of low energy/chronic fatigue.

Dang gui has been used to treat angina, high blood pressure, and irregular heartbeat. Some studies have shown that the antispasmodic, dilating effects of dang gui may help treat chronic pulmonary hypertension in people with chronic obstructive pulmonary disease.

Dang gui contains phytochemicals that help boost white blood cell production and fight inflammation, and may improve liver and kidney function. It is traditionally used to treat inflammatory diseases such as arthritis, and is currently being studied for its ability to prevent or treat cancer, liver and kidney disease.

Like ginseng, dang gui can also be used as an aphrodisiac.

Interestingly, dang gui possesses the distinction of being one of the few good non-animal sources of Vitamin B12.

In Chinese Herbal Medicine, dang gui is in the category of blood tonic. It is believed to strengthen the yin and blood, and is a core ingredient in many women’s health herbal formulas.

It can help to regulate the menstrual cycle, relieve menstrual pains and cramps, and is an ideal tonic for women with heavy menstrual bleeding who risk becoming anemic.

One of the most famous formulas in Chinese Herbal Medicine is Si Wu Tang, which is Four Substance Decoction. It contains dang gui; bai shao, which is white peony; chuan xiong, which is ligusticum; and shu di huang, which is Chinese Rehmannia.

This is a time-honored formula that tonifies the blood, and is used for many women’s health issues.

This formula is the base formula, and can either be used by itself or in some variation.

One of the most famous variations is a formula that strengthens both the qi and blood. This formula’s name is Ba Zhen Tang, or Eight-Treasure Decoction. It consists of dang gui and all the ingredients of Si Wu Tang listed above.

It also contains ginseng; licorice; fu ling; which is poria; and bai zhu, which is atractylodis.

This formula is another famous formula in the annals of Chinese Herbal Medicine.

Dang gui is also often used in China as an ingredient in cooking, which is an excellent way to take it in and use it as a blood tonic.

And so, if you include dang gui in your herbal arsenal, it will help enhance your health and wellness, let you experience healthy living, and allow you to live a Low Density Lifestyle.

It doesn’t get any better than that.