Al Gore, the former Vice-President of the U.S., and the almost President, has earned an Academy Award for the film “An Inconvenient Truth,” and also a Nobel Peace Prize – both for his efforts towards addressing the issue and spreading the word regarding climate change.

His message in “An Inconvenient Truth” was dire, in that he unequivocally stated that we have to address the issue of climate change, and soon, or the warming of the planet could destroy all of us. 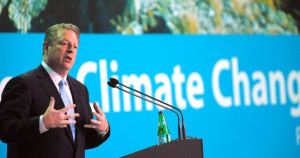 In a recent TED talk that is shown above, Gore talked about the destruction climate change has caused in recent years, from typhoons in the Philippines to historic downpours in Houston to floods in Spain to unprecedented wildfires in North America. “Every night on the TV news now is like a nature hike through the Book of Revelations,” he said half jokingly.

Despite all of this, Gore is optimistic. The reason: he realizes the Revolution is here.

Specifically, the main source of his optimism is renewable energy. The cost of renewable energy is dropping, Gore points out, while availability is increasing exponentially and far more rapidly than projected.

Take Germany, which has greatly increased its use of solar and wind power in the past several years. On Dec. 26, 2015, over 80 percent of all power generated in that country came from renewables, according to Gore. That’s a huge accomplishment, and one Gore sees continuing. And it’s not just the industrialized world: Parts of the planet that until now have never been electrified are seeing successful pay-as-you-go solar systems, in places like Bangladesh and South Sudan. 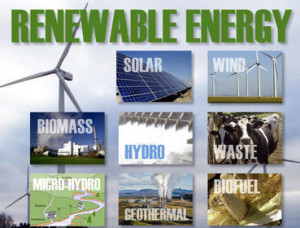 Furthermore, investment in renewable energy sources like wind and solar is skyrocketing as their costs plummet. Experts predicted in 2000 that wind generated power worldwide would reach 30 gigawatts; by 2010, it was 200 gigawatts, and by last year it reached nearly 370, or more than 12 times higher. Installations of solar power would add one new gigawatt per year by 2010, predictions in 2002 stated. It turned out to be 17 times that by 2010 and 48 times that amount last year.

And it’s not just developed nations are that doing this. Every minute in Bangladesh, two more homes get new rooftop solar panels. And Dubai’s state utility accepted a bid for a solar power plant with a cost per kilowatt-hour of less than six cents.

In addition, Al Gore also understands the relationship between diet and climate change – the consumption of animal food is the number one cause of climate change. Al Gore has put his money where his mouth is, and for the last three years he’s been eating a vegan diet.

In late November 2006, the U.N Food and Agriculture Organization issued a report stating that the livestock business generates more greenhouse gas emissions than all forms of transportation combined, while the Worldwatch Institute has stated that 51 percent or more of global greenhouse-gas emissions are caused by animal agriculture.

The future is winnable, Al Gore says. The only question is, are we willing to do it? As Gore says, “The will to act is a renewable resource.”

And in his TED talk that is shown above, Al Gore quotes the poet Wallace Stevens, who says, “After the final no there comes a yes, and on that yes the future of the world depends.”

We have such incredible capacity to use our power of yes to bring forth a new world. This is the Revolution, and it is happening. We need to act, and we are doing it.

And it all stems from the yes.