Home Health And Wellness 10 Herbs That Are Good For Stress 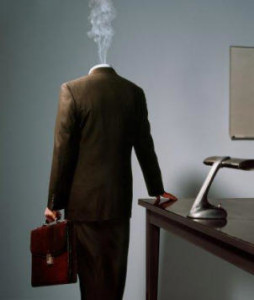 Stress is such a major component of so many people’s lives – most people are stressed out to the max.

Stress is not good for the health, as it can cause many health problems. It does not allow you to experience healthy living. And it will also keep you in a High Density Lifestyle mode.

Everyone has stressors of one kind or another in their life. The key is to manage stress and channel it. Yoga, meditation, exercise, walking in the woods, and journaling are some of the ways to enjoy some stress relief. 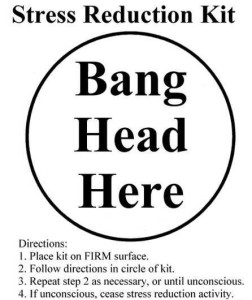 There are also herbs that can help you manage stress. Here are a few of the herbs for stress relief:

1. Licorice Root contains a natural hormone alternative to cortisol, which can help the body handle stressful situations, and can help to normalize blood sugar levels as well as your adrenal glands, providing you with the energy necessary to deal with the stressful situation at hand. Some claim licorice stimulates cranial and cerebrospinal fluid, thereby calming the mind.

3. Kava Kava, an herb from the South Pacific, is a powerful muscle relaxer and analgesic. Kava Kava is also effective at treating depression and anxiety associated with menopause.

4. St. John’s Wort has been used medicinally since Hippocrates time. Even during the Renaissance and Victorian periods it was used for the treatment of mental disorders. Though it presents itself as an unassuming, flowering perennial, St. John’s Wort was shown to be more effective than Prozac, according to a recent study, in treating major depressive disorders.

5. Lavender is effective at reducing irritability and anxiety,

promoting relaxation, a sense of calm and sleep. It is also a powerful anti-bacterial agent, and can work to balance hormones and stimulate the immune system.

While lavender can be consumed in a tea, it may work best as an essential oil that is breathed in by way of a diffuser or, in the case of stress and sleeplessness, an eye pillow.

6. Valerian calms people who are agitated, but stimulates those who feel fatigued, according to one Italian study. During World War II, the British used Valerian tincture to treat nerves shattered during bombing raids on London.

7. Ginseng and Siberian Ginseng can help you handle stress by sedating or stimulating your central nervous system, according to your body’s needs. Studies conducted in China showed that Ginseng also increases your brain’s utilization of amino acids, which is important because when you are under stress, your body uses more protein than usual.

8. Schizandra has a regulating effect on the central nervous system. Studies show that this herb quickens responses and makes people more alert while actually stimulating the nervous system. A 1983 study conducted in China showed that Schizandra relieves headaches, insomnia and dizziness and calms a racing heart. It has also been reported to control anger and aggression.

9. Skullcap was originally a Native American herb traditionally taken for menstrual problems. Today, it is mostly used as a tonic and sedative for nerves in times of stress. It helps to support and nourish the nervous system, and calms and relieves stress and anxiety. It can also be used when stress leads to muscular tension and pain.

10. Lemon Balm has a long tradition as a tonic remedy

that raises the spirits and comforts the heart. It is widely valued for its calming properties. 17th century British writer John Evelyn wrote that Lemon Balm “is sovereign for the brain, strengthening the memory and powerfully chasing away melancholy.”

So there you have it – 10 herbs that can help you with stress and calm your spirits. These are all great tools to manage stress, give you stress relief, and help assist you in living a Low Density Lifestyle.