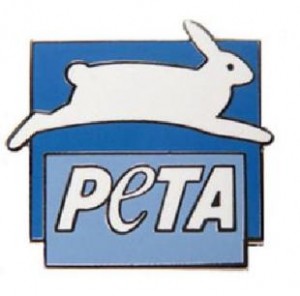 Yesterday I told you about the organization PETA – People for the Ethical Treatment of Animals – and the fact that they are known to do various publicity stunts to get their point across.

Actually, in yesterday’s article, I told you about PETA’s contest to name the sexiest woman over 50. That really wasn’t a publicity stunt at all as the winner, 70 year-old Mimi Clark, truly was the picture of health and an example of the virtues of good, healthy living.

And so today, in the name of gender equality, let’s hear about the man who was named as the sexiest vegetarian man over 50.

Winter beat out hundreds of other entrants to be named the male winner this past August. He will be featured on PETA’s new baby boomer focused Web site, PETAPrime.org.

Winter’s journey toward becoming a vegetarian started when he was young. His father was an avid hunter, and during a family hunting trip Winter found himself traumatized after shooting a deer.

“The deer didn’t die immediately, and I watched it die. To this day, the memory disturbs me,” Winter said.

On a later hunting trip, Winter was accidentally shot by a fellow hunter. He said that was the breaking point where he decided he no longer wanted to eat meat. He told his father after he had recovered that he was done hunting.

PETA spokespeople cite Winter as an ideal example of why a vegetarian lifestyle is better for a person’s health and overall lifestyle.

“Julian is living proof that going vegan is a great way to protect your health, boost your energy and ramp up your sex appeal at any age,” said Tracy Reiman, PETA executive vice president.

Winter said he has convinced his daughters and his mother to go vegetarian as well. Not having meat in his diet has not slowed him down at all, he said. He is an avid snowboarder and swims several miles a week.