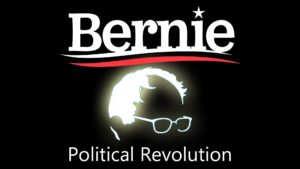 The winds of revolution and change are blowing throughout the land, and whatever happens in the 2016 presidential primary and general election season, this revolution will continue and not go away.

Bernie Sanders talks about a political revolution that can change our society, and he has excited tens of millions of people in the process, with ideas such as debt-free college for all; guaranteed health care as a basic right; a $15 minimum wage; income equality; breaking up the big banks; regulating Wall Street so they don’t wreak havoc on society; transitioning from fossil fuels to renewables; overturning Citizens United and getting big money out of politics; and more.

Whether Bernie is the Democratic party candidate for President or not, these ideas will not go away and will continue to be promoted. And if Bernie is not the nominee, it may be that the next time there is a presidential election, in 2020, or the time after that, in 2024, these ideas will again rise to the surface and someone else will champion them. 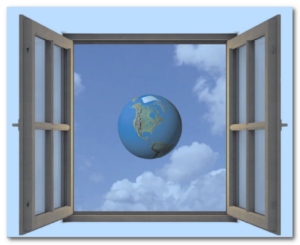 The open revolution and political revolution go together hand in hand. The open revolution is about people connecting mind to mind and heart to heart in a more transparent and fluid way, without the artificial barriers that hold people back from the ability to connect.

This open revolution is leading to a transformation in the way society carries itself – without it, both President Barack Obama could not have been elected President, and Bernie Sanders wouldn’t have been able to ignite the groundswell of support he has been able to.

An evolved open culture allows ideas to spread more rapidly, because of the ability for people to connect, and minds to grow and evolve, more readily and easily. The rapid pace of positive transformation that we are experiencing in our society, from politics and activism, to health and healing, business, technology, the environment, energy, food and agriculture, spirituality, and more, is all part of this movement towards an evolved open culture.

Consciousness and thinking capabilities are evolving to higher and more sophisticated levels, and with it, new and fresh ideas and new and fresh ways of doing things keep showing up, and will continue to show up.

An evolved open culture allows us to open our minds to new possibilities, to the Why Not?, and see things in a more advanced and visionary light.

Who would have thought possible that a politician who calls himself a democratic socialist – I’m talking Bernie Sanders – and voices progressive ideas about transforming our society into a Scandanavian style democracy replete with all the humane, fair and reasonable social programs that Scandanavian countries have, would be so close to becoming President?

Not too long ago, Bernie Sanders, even running as a Democrat, would have been seen as a fringe candidate and would have disappeared quickly. Now, even with the mainstream media at first mocking him, not taking him seriously and giving him very little attention, his campaign has soared.

His campaign has soared thanks to the open revolution. Bernie’s ideas have inspired people to open their minds to what is possible. And as the open revolution gains steam over the next few years and decades, these ideas, whoever espouses them, whether Bernie or someone else, will be on the forefront of people’s minds.

Bernie Sanders has also shown, through the open revolution, that raising money for a presidential campaign – and Bernie has set fundraising records – can be done without corporate donors and instead can be done through the small donations of tens of millions of people. 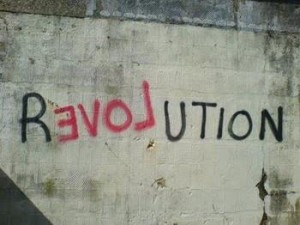 All it takes is a person with integrity, who has the vision of a more beautiful world and can articulate that vision clearly, and is seen as a leader, to step up and challenge the system and run for President. Tens of millions of people, all part of the political revolution, will be behind that person in all ways, including by helping to finance that campaign. And so, even if the political revolution doesn’t come to full bloom this election season, it’s only an election season or two away.

Open your minds and your hearts to this new reality, that of an evolved open culture. As you do, you will live with an enlightened mind, become a visionary and live as a visioneer. And as  more and more people do so, we will see a thousand flowers bloom, and the world that our hearts know is possible come to fruition.

That is the Revolution my friends, and from this Revolution, all Revolutions will spring forth.

Mark my words: Baby, you ain’t seen nothin’ yet.

Come join Michael Wayne on a free webinar, “The Quantum Revolution: How to Access Your Leading Edge,” on Thursday, May 19 at 9pm Eastern time, to learn how to become a Visioneer, in order to help you embrace your greatness and also to help you open your mind and heart to this new reality, that of an evolved open culture. Be part of this Revolution, in your own life and in the life of others.