Home Culture/Arts The Link Between Aspartame and ISIS 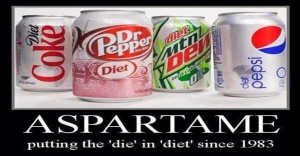 A link between aspartame and ISIS? Can this be true?

Let’s drill down and take a look.

Aspartame is the artificial sweetener that, although approved for use by the FDA and many other countries around the world, is a neurotoxin and poison and has been linked to many illnesses, including headache, dizziness, mood swings, vomiting or nausea, abdominal pain and cramps, change in vision, diarrhea, seizures/convulsions, memory loss, fibromyalgia, numbness in legs, tinnitus, joint pain, depression, anxiety attacks, slurred speech, blurred vision, multiple sclerosis, systemic lupus, and various cancers.

It also goes by the name of Nutrasweet, Equal and Sugar Twin.

ISIS is the toxic and poisonous strain of Islam that, based on their misguided interpretations of the 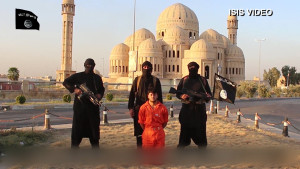 Koran, have established a caliphate and committed acts of barbarism and terrorism, including beheadings, crucifixion, enslavement and kidnappings. It also goes by the name of ISIL, IS, and Da’esh. Ok, so you may be wondering what the link is between the two? You see that I wrote that both aspartame and ISIS are toxic and poisonous, and both have other names they are known by. That by itself isn’t enough to give them a link. But there is one thing that does indeed give them a very direct and strong connection: Donald Rumsfeld.

Yes, Donald Rumsfeld is the link between aspartame and ISIS. 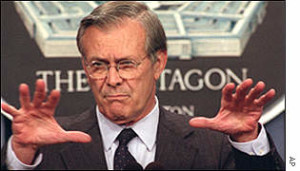 When he became Defense Secretary, his protege and assistant, Dick Cheney, then became White House Chief of Staff. During Ford’s tenure as president, Rumsfeld made enemies with George H.W. Bush. This meant that after Ford’s defeat to Jimmy Carter, when Rumsfeld and all Republicans had to find gainful employment in private industry, once Ronald Reagan became president in 1980 and Republicans could flock back to the White House, and George H.W. Bush became Vice-President, Bush saw to it that Rumsfeld did not come back to the White House to work for the Reagan administration. Instead Rumsfeld stayed stuck in political limbo. But don’t cry for Rumsfeld – he did alright for himself. When Ford lost the 1976 election, Rumsfeld returned to private business life, and was named president and CEO of the pharmaceutical corporation G. D. Searle & Company, where he served from 1977 to 1985. G.D Searle and Company was founded in 1888 by Gideon Daniel Searle in Omaha, Nebraska. During his tenure at Searle, Rumsfeld reduced the number of employees in the company by 60%. In 1985, he engineered the acquisition of Searle by Monsanto Corporation, and then bade the company farewell. In saying goodbye to Searle, Rumsfeld engineered a $12 million bonus paid to himself for his efforts in merging Searle with Monsanto. One of Searle’s big products during Rumsfeld’s tenure was aspartame, first discovered in 1965 by a Searle chemist. Initially aspartame was approved for uasage in 1974, but the FDA rescinded that approval in 1975 based on concerns about it. Enter Donald Rumsfeld. In 1981, while he was Searle CEO, the FDA approved aspartame again, and this time it stuck. The approval was also due to the engineering of Rumsfeld. When Reagan was elected, Rumsfeld served on the transition team and had a say in the selection of a new commissioner for the FDA, a pharmacologist by the name of Arthur Hayes. And guess what? One of Hayes’ first official acts as FDA chief, as a favor to Rumsfeld, was to approve the use of aspartame as an artificial sweetener in dry goods on July 18, 1981, a couple of months after Searle re-applied to the FDA for approval to use aspartame as a food sweetener. 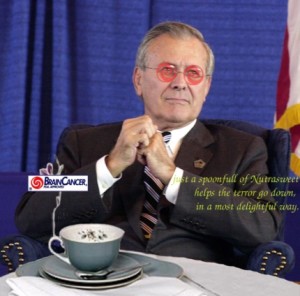 Michael Wayne, Ph.D., L.Ac., is a practitioner of Acupuncture, Chinese Medicine and Integrative Medicine, with offices in Saratoga Springs and Clifton Park. He is also the author of three books, the founder of the Saratoga Integrative Medicine Education Network or SIMEN, the producer/host of the online video interview series Interviews with the Leading Edge at www.LeadingEdgeInterviews.com, and Director of the Center for Quantum Revolution at www.QuantumRevolution.net. His new book, The Quantum Revolution: The Power to Transform, just came out. He can be reached at (518) 210-1557, his email is mwayne2@mac.com and his website is www.DrMichaelWayne.com.