Home Health And Wellness Diet And Nutrition Stress: A Major Cause of Obesity 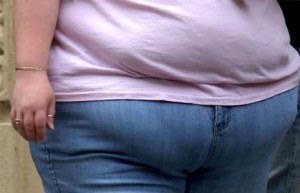 I’ve been writing on the theme of obesity for the last few weeks, and will wrap this series up tomorrow. (It’s a short week, what with the Thanksgiving holiday, and so tomorrow’s article will be the last for this week.)

Another cause of obesity, and a major cause at that, is stress.

What is it about stress that leads to obesity?

Behaviorally, stressed-out people will often eat even when they’re not hungry – this is known as stress eating or emotional eating, and the food choices made are usually not the wisest.

Physiologically, there’s a few factors that lead to obesity. One factor is cortisol and cortisol-induced insulin.

When faced with a stressful situation, the body triggers the stress response, the fight-or-flight response. This leads to the secretion of cortisol, adrenaline and other stress hormones along with an increase of blood pressure, breathing and heart rate. 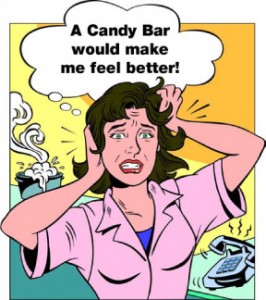 The natural stress response goes awry when stress is constant and excessive. In today’s society, most people are inundated with overwhelming stress. For those constantly dealing with excessive and chronic stress, the body’s fight-or-flight response is constantly on. In turn, the resulting stress hormones released are chronically high.

Chronically high levels of cortisol plays a big role in the development of obesity.

Cortisol helps the body handle stress, so when stress goes up, cortisol also goes up. Cortisol stimulates fat and carbohydrate metabolism during stressful situations. This leads to increased blood sugar levels required for fast energy. In turn, this stimulates insulin release which can lead to an increase in appetite.

When the immediate stress is over, cortisol lingers to help bring the body back into balance after stress. One of the ways it gets things back to balance is by increasing appetite to replace the carbohydrate and fat used for the flight or fight response.

The problem is that in today’s society, stress-causing situations — such as traffic jams or computer malfunctions — don’t require the body to use up a lot of energy. So, cortisol ends up causing the body to refuel after stress even when it doesn’t really need to refuel. This excess fuel or glucose is converted into fat, resulting in increased storage of fat. 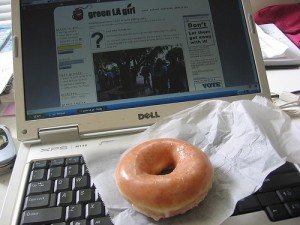 Another physiological reason that was found recently for why stress leads to obesity is a molecule that the body releases when stressed called NPY (neuropeptide Y). NPY appears to unlock certain receptors in fat cells, causing them to grow in both size and number.

NPY was discovered by researchers during an experiment in which stressed and unstressed mice were fed either a standard diet or a high-fat, high-sugar, “comfort food” diet.

The good news of all this is that stress-induced obesity can be overturned by the learning of simple stress management techniques.

And for that matter, diet-induced obesity can be overturned by the learning of better food habits.

So there is hope!