Home Culture/Arts Obesity: The Chemicals in Food Are to Blame 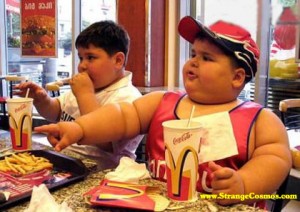 I’ve been writing about obesity and its increased rate  in most countries around the world, and especially in the U.S.

I’ve also discussed that the main culprits of the obesity epidemic are sugar, high fructose corn syrup, and an increased reliance on fast foods.

And here’s one I haven’t mentioned previously: Kellogg’s is trying to fool the public into thinking that breakfast cereals laden with sugar and junk is a food that can boost your immune system.

No wonder obesity is, according to the World Health Organization, a global epidemic! With friends like these, who needs enemies! 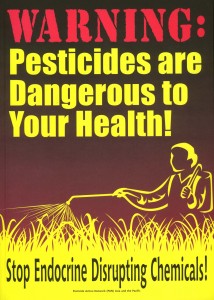 But there’s another category of foods that can lead to weight gain and obesity – the chemicals in your food, even if those chemicals don`t contain a single calorie.

For instance, it’s safe to say that pesticides are poisons: their primary purpose is to kill living organisms, and most non-organic foods are laden with pesticides.

Now, these pesticides don’t transform into non-toxic, safe entities once inside the body.  As the pesticides enter the body, the body’s defense mechanisms send signals that poisons have entered.

How does your body deal with a poison?  By attempting to neutralize it. This means your body attempts to render the poison harmless, and then remove it , generally through normal elimination channels, such as through your colon. Your colon is the primary organ used to eliminate toxins from the body, and the liver is the organ most often responsible for rendering poisons harmless.

But what happens when people eat unnatural chemicals on a regular basis?

Then the liver becomes overwhelmed with the need to detoxify all of those chemicals and poisons, and the poisons start backing up into the blood.

Your liver is also the great warehouse of the body, and so it also stores toxins and poisons that it was unable to neutralize. It does this to keep those poisons out of your bloodstream and from circulating in your body.

This can be taxing on the liver – it can be overwhelming trying to detoxify all of the chemicals being consumed on a daily basis; in addition it is trying to store all the poisons that it wasn’t able to neutralize.

Some estimates are that three fourths of the average person’s liver is used to store toxins that the liver was unable to render harmless.

No wonder that for so many people losing weight is virtually impossible: Their primary fat burning organ is overwhelmed with another task, and it’s become only half functional.

Not only will this lead to weight gain and an inability to lose weight, it can also lead to diabetes, because the liver plays a vital role in the uptake of blood glucose, and if the liver is not fully functioning, its ability to do the work it needs to do with blood glucose can be severely impaired.

And guess what? Like obesity, diabetes has reached epidemic proportions.

So what to do about it? A couple of things.

The first is to try and stop consuming chemicals in your diet on a regular basis. This generally means giving up processed foods as best as possible, and eating organic foods as much as possible. Plant-based foods, particularly vegetables, are very liver friendly.

This will prevent many new chemicals from entering your body, and is a tremendous step in the right direction. But what about those poisons already stored in your liver and circulating in your blood?  Sometimes it takes more than changing your diet to clear out the accrued chemicals residing in the liver.

That is why over the years there have been a number of natural/herbal approaches that have been developed to cleanse the liver.

The amino acid SAM-E plays an important role in liver health, in addition to helping with depression. Cruciferous vegetables, such as broccoli, cauliflower, brussel sprouts and cabbage in the diet have been shown to enhance liver detoxification. Besides using them as foods, you can also juice with them.

The B vitamins, including riboflavin and niacin, also are helpful in liver detoxification.

Coffee enemas, used in Gerson Cancer Therapy, is also something that can detox the liver.