Home Health And Wellness Ginseng – King of the Herbs, Part 2

In yesterday’s article I told you about ginseng, which is known as the King of the Herbs.

Today I will continue with my discussion about this prized herb, which although native to Chinese Herbal Medicine, is really valued all over the world.

I told you about the different types of ginseng, but one thing I didn’t tell you is the root of the name Panax ginseng, which is the botanical name for Asian Ginseng.

The botanical/genus name Panax means “all-heal” in Greek, and shares the same origin as “panacea.” So even to the ancient Greeks, ginseng was an herb that was seen having strong restorative powers. 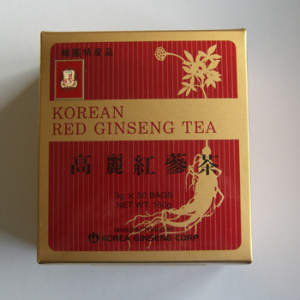 Ginseng has been studied extensively for the last 20-30 years in China, Japan, Korea and Russia and has been found to have many beneficial qualities.

First and foremost it is an adaptogen, which means it increases the body’s resistance to stress and strengthens the immune system. Studies show that it significantly improves the body’s capacity to cope with hunger, extremes of temperature, and mental and emotional stress.

Ginseng has also been found to have anti-inflammatory effects. A recent study by a team of researchers at the University of Hong Kong isolated 7 constituents in ginseng, called ginsenosides, which showed immune-suppressive effects.

They found that these ginsenosides were able to inhibit the expression of genes that caused inflammatory actions in the body.

Ginseng has also been found to have anti-cancer properties, and a recent study found it can improve survival outcomes for breast cancer patients.

One study of ginseng’s effects on cancer was done with lab rats. It showed that while both white ginseng and red ginseng reduce the incidence of cancer, the effects appear to be greater with red ginseng. 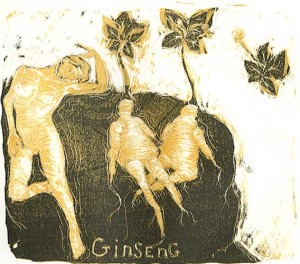 Ginseng is also known as an aphrodisiac, and to help men who suffer from sexual dysfunction.

A 2002 study by the Southern Illinois University School of Medicine (published in the annals of the New York Academy of Sciences) found that in laboratory animals, both Asian and American forms of ginseng enhance libido and copulatory performance.

And In 2002, a double-blind, crossover study of Korean red ginseng’s effects on impotence reported that it can be an effective alternative for treating male erectile dysfunction.

Ginseng can also be used for Type II diabetes, as it has been found to lower blood glucose.

In Traditional Chinese Medicine, ginseng is seen as having tonic, restorative, and sedative properties. In the Chinese Herbal materia medica, it is placed in the category of Qi Tonic, and its abilities range far and wide.

Even the elderly prize ginseng as a tonic that helps increase longevity, but for that matter, in China and other Asian countries, ginseng is taken by people of all ages because of its health-giving capabilities. 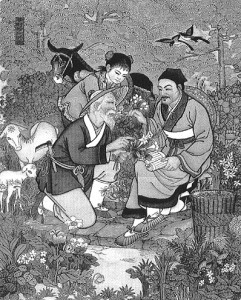 In Chinese Herbal Medicine, single herbs are never taken – people take herbal formulas, which are usually many herbs compounded together.

But ginseng is the exception to the rule, and is the only Chinese herb that people take by itself. Again, that is because of its prized abilities.

So there you have it about ginseng, the king of the herbs. If you want to stay healthy, live a long life, and live a Low Density Lifestyle, I suggest integrating ginseng into your life.