Home Action Getting Past What the F**k 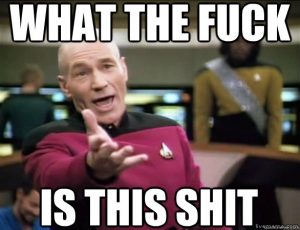 It’s been a crazy, tumultuous year, one that I still have a hard time wrapping my head around. I’m talking about the year that has seen Donald Trump become President of the U.S.

Since being elected, Trump’s brutish and thuggish personality has been front and center, taking up the bandwidth of everyone, supporters and opponents alike. For opponents, everyday is pretty much a What the F**k moment, because it just seems to get worse with each passing day.

Not too long ago – though it now seems like another lifetime ago – I was writing articles on the idea of a Quantum Revolution, the movement towards the creation of a more enlightened, sustainable and holistic society. It seemed like there were real shifts going on, with an evolution of consciousness and evolution of more enlightened thinking taking place. It appeared that the possibility of a transition to a more evolved open culture was a real one and not just a pipedream.

Now I feel like I’m treading water, trying to keep afloat, and that this movement towards a Quantum Revolution is on hold. There has been so much crazy going on that it feels like crazy is now the main entree on the menu.

Bill Maher, in a recent episode of his HBO show Real Time with Bill Maher, quipped how Roger Stone, the Republican purveyor of the dark arts, said that “if Trump attempts gun control, the base will go insane.” Bill Maher then added, “how will we know?”

And indeed, this is the godawful truth: how will we know, because right now, the inmates are running the asylum.

But it doesn’t have to be that way. We can get past What the F**k, and we will. There is so much positive going on in our society and world, and no matter what Trump says or does, the positives will continue. There is a growing tide that is turning our society around politically, culturally, economically, environmentally and spiritually.

Trump and his cohorts – people like Steve Bannon – are flameouts, vestiges of a dying paradigm, holding onto a golden age that never was. They have convinced a sizable minority of people that they have something vital to offer. The great majority of the people they have convinced are goodhearted people, but unfortunately these people have been conditioned to fear change; additionally they have been told there is an elite group of people, who Trump and Bannon both refer to as “globalists,” conspiring to keep the good people down. 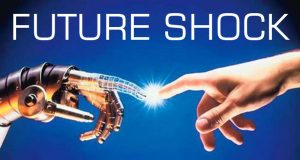 But there are no conspirators, no globalists, working at keeping people down. It’s an easy and simplistic scapegoat. Instead, what is taking place is something known as “Future Shock,” which is the perception of  too much change in too short a period of time. This rapid change can become overwhelming for some.

Indeed, we are in a state of transition to a new society, a post-industrial society. When there is this kind of change, it can be distressing for those who have a hard time adjusting to transitions; they prefer instead to cling to a prior time they conceive as a golden era. This is the dying paradigm that Trump, Bannon and their ilk represent.

Change is inevitable, and the change we are moving towards is something that will have positive benefits for the largest amount of people. This change is towards an evolved open culture, one that is inclusive by nature, one that is aimed at benefiting the greater good.

Demagogues and monomaniacs may prey on the gullible and their future shock by spewing dark, angry and vitriolic words. And when this spew, this crazy, hits a fever pitch, as it is doing right now, it becomes jarring to the nerves. It leads to system overload, causing us to get tired of all the What the F**k moments we have to deal with.

This is a very disruptive time in history, yet, in times of disruption, new and innovative ideas often emerge that take us to new heights. This is where we want to go, to these new and fresh ways of seeing and doing  – this is what will lead us to the way out, past What the F**k.

Disruption pushes us to get past the tried and true, beyond comfort zones of our own making, and into new frontiers.

Use this disruptive energy to push yourself to go beyond thinking What the F**k every time you hear crazy. Focus on the power of harnessing the disruption to open your mind to innovative ways of being, thinking, acting, and seeing the world.

Crises are evolutionary drivers, and indeed, this What the F**k period is, if anything, one big fat crisis. But you don’t have to be stuck in it. There’s a whole lot of shaking going on of things that are dynamic, vital, and disruptive, all in a good and beneficial way.

Go ahead and join that gravy train – you too will then get past What the F**k.