Home Happiness Always Look on the Bright Side of Life: The Life of Python

If there’s to be a series on humor, which for the last few weeks, if I’m not mistaken there has been, then it would be remiss to not mention one of the funniest comedy groups of the 20th century, Monty Python.

They were a British comedy group that created the influential Monty Python’s Flying Circus, a British television comedy sketch show that first aired on the BBC in October 1969. From there, the Python phenomenon developed into something larger in scope and impact, spawning touring stage shows, films, numerous albums, several books and a stage musical. The group’s influence on comedy has been compared to The Beatles’ influence on music. 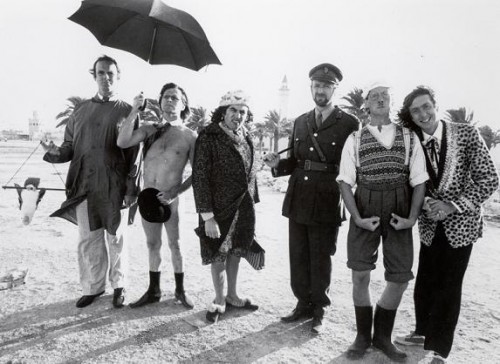 The television series, broadcast by the BBC from 1969 to 1974, was conceived, written and performed by Graham Chapman, John Cleese, Terry Gilliam, Eric Idle, Terry Jones, and Michael Palin.

Their most current hit is the play Spamalot.

And so today, without further ado, are 10 of the funniest Monty Python sketches – of course, technically, the video at the top of the page, Always Look on the Bright Side of Life, is not a sketch but instead a segment from their film, The Life of Brian, but if you promise not to tell, neither will I.