Home Health And Wellness Diet And Nutrition Agave Syrup: Too Sweet for a Sweet 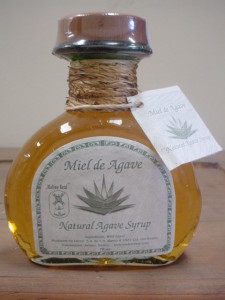 In a previous article I discussed stevia, a natural alternative to sugar. I gave the pros and cons of it, and said there were some issues with stevia and it wasn’t all it was cracked up to be.

Because of my criticism of stevia, I have had people ask me about agave syrup, and wondering if that was any better. So I thought I would take a look at agave and tell you more about it.

As I’ve discussed in prior articles about sugar and all its variations, sugar is just flat out not good for your health.

So maybe agave, as a natural product, is better for you? Let’s find out.

Agave syrup is a sweetener commercially produced in Mexico, from several species of agave plant, including Agave tequilana (also

Agave syrup consists primarily of fructose and glucose, and has a very high fructose concentration.

The extremely high percentage of fructose (higher than that of high-fructose corn syrup) can be deleterious and can trigger fructose malabsorption, metabolic syndrome, hypertriglyceridemia, decreased glucose tolerance, hyperinsulinemia, and accelerated uric acid formation.

Agave syrup was originally used to make tequila. When agave syrup ferments, it literally turns into tequila. In Mexico, there are three major producers of agave syrup. Some of these companies have other divisions that make tequila.

Agave syrup is a low glycemic food and as such is marketed to diabetics. The reason agave syrup is low glycemic is because of the unusually high concentration of fructose compared to the small amount of glucose in it.

Nowhere in nature does this ratio of fructose to glucose occur naturally. One of the next closest foods that contain almost this concentration of glucose to fructose is high fructose corn syrup. Even though fructose is low on the glycemic index, there are numerous problems associated with the consumption of fructose in such high concentrations as found in concentrated sweeteners.

Studies have shown changes in circulating lipids when subjects eat high-fructose diets, and triglyceride levels that rose when people consumed foods containing more fructose than glucose, such as agave syrup.

Another study found that fructose consumption raised blood levels of uric acid, which can foster “metabolic syndrome,” a condition of insulin resistance and abdominal obesity associated with heart disease and diabetes.

So there you have it about agave syrup. I will conclude this article by saying the same thing I said when I concluded my article on stevia:

The truth about sugar is that the best types of sugar are the natural occurring sugars that are in whole foods. These are complex carbohydrates: whole grains, fresh vegetables and fruits, and legumes.

Any other form of sugar is much harder for the body to process and metabolize, so if you are to use sugar, you want to use as natural a source as possible, and to use it lightly.

Agave syrup is a natural type of sweetener, but as you read, it has its drawbacks. If you use it, as I said, go lightly.