Home Action A Guide for the Perplexed: Why a New Epoch is Upon Us

Prologue: This post is not meant to be a purely political one, although I will be mentioning the political landscape and Donald Trump.

Instead, this post is meant to take the long view and look at the big picture. It is meant to map out what exactly is going on here, as to many people it feels unsettling and like pure chaos.

Ok then, let’s get started.

Many people were perplexed by the election of Donald Trump. A man with a shady and unethical business past, who has possible business ties with oligarchs in Russia, who has a coarse mouth and a coarse mind, who says and does vile things without thinking of the implications, and who fabricates and distorts truth, is now the President of the United States.

Stranger things have happened, but this is one strange thing.

The good news is, we are on the cusp of a new epoch, a new paradigm, and it is Donald Trump who will be helping to lead us there. Albeit, inadvertently. This new epoch is the paradigm of an evolved open culture that will usher in a more holistic, sustainable, regenerative and enlightened world. In other words, we have a Quantum Revolution coming down the pike.

And in that case, the baby is this evolved open culture.

Have I gotten you even more perplexed? How can Donald Trump, you may ask, be the gateway to something that is truly great, and not just Donald Trump make America great?

Donald Trump was voted in by those who liked the fact that he is a disruptor. To his fans, Trump is going to take a sledgehammer to Washington, drain the swamp, and shake up the status quo. You may not agree that Trump will do this, but I think you can agree that he is indeed a disruptor. There’s no doubt he’s going to create chaos. 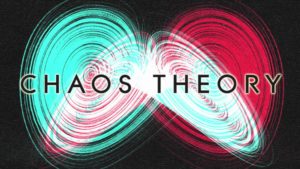 There’s nothing wrong with chaos. Science has an entire understanding about it, called Chaos Theory. Chaos theory tells us that systems are highly sensitive to conditions, and that small differences in conditions can yield unpredictable outcomes. Some call this the butterfly effect.

Chaos theory also tells us that underlying all life is an inherent order, and that out of the turbulence of chaos a new and more evolved order arises. Chaos theory has shown that all life has an inherent self-organizing and self-regulating capability, and that life always moves in a direction that creates new order.

It is just that to create this order, a system has to go through stages that appear to be chaotic, or unpredictable. But beneath that seeming unpredictability, nature is going through steps to create a new order.

Order is Essential to Life

Because an underlying order is necessary to life, we all subconsciously seek patterns that help create structure. The guiding pattern of nature that creates structure is the Fibonacci sequence, as exemplified in spirals and other shapes that have a logarithmic order. The Fibonacci sequence is also known as the Golden Ratio or Golden Spiral, and is found in anything with a fractal pattern – leaves, ferns, snowflakes, fjords, sea shells, waves, and pretty much everything in nature. The Golden Ratio is nature’s underlying architecture.

Our minds also think and see in patterns. Pattern is embedded in everything we do. Our visual field picks up patterns and then creates shapes that allow us to see forms. Patterns and structures are crucial to nature, life and the mind. The word cosmos – signifying the universe – comes from the Greek word for order.

Donald Trump, as a disruptor, doesn’t appear to have any underlying order or structure that guides him. That’s his strength, and his weakness; that is why he has the potential to create havoc, for better or worse, because he has no guiding force. He is totally unpredictable.

It’s hard to imagine Donald Trump sitting and relaxing while listening to a Beethoven piano sonata. He seems to always need to be busy creating havoc and disruption. My guess is relaxation is something foreign to him.

This lack of an underlying structure to Trump leaves people grasping for straws. They wonder, what can I identify as an order that I can recognize in him? People who are fans of Trump are finding their recognizable order in their traditional values, of family, community, religion, work, and other value systems. They are clinging to them as their bulwark, and hope that is what Trump represents – they find solace in his words of America First.

Things that don’t fit into that framework – Trump’s sexual predations, his screwing of employees, contractors and Trump University students, his lack of a moral code, his nonpayment of taxes, and other aberrant behaviors – they scoff off as if it were nothing. Like the old Boston Red Sox fans’ mantra about their bad boy star player Manny Ramirez – “that’s Manny being Manny” – the Trump fans can say the same about Trump: “that’s Donald being Donald.”

Trump’s way of doing things is often explained as a fly by the seat of the pants style. He can change his mind at the drop of a dime, because he has no underlying order or structure to the way he thinks and acts. He’s a reactive person who emanates pure chaos.

All this chaos that Trump emits is sure to smash through the existing order, and from that chaos Trump is creating, it will lead to something new. At times he will set firebombs to what exists now, and as he does so, there will be occasions that he will upset his fans, the traditionalists.

No matter how people think, it’s easy to become rigid and dogmatic in your beliefs. This can lead you to believe your way is the best and only way, and cause you to become closed off to things that don’t  resonate with your belief system. This goes for whether you’re a traditionalist or liberal type.

Traditionalists see liberals as destroying the moral fabric of America, while liberals see traditionalists, as Hillary Clinton defined them, as “deplorables.”

Neither of these are correct, yet both sides have become entrenched and cannot see the value in the other way of seeing things. It has created a real problem.

Some of the people who voted for Trump did so because they were tired of being condescended upon by the liberals. They felt aggrieved and unheard – Trump saw it and used it to his advantage. The only other politician who saw how people felt was Bernie Sanders. The difference between Trump and Sanders is that Trump fed the anger of the populace with anger, while Sanders offered a positive way out.

A New Order Arises From Chaos 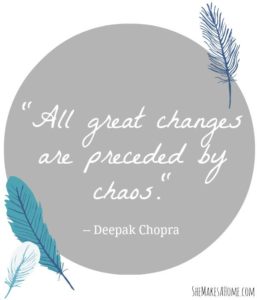 The time is rapidly upon us for a new order, and this new order will usher in a new epoch, an evolved open culture. It is already taking place: it is a movement that has embedded itself in mainstream culture, and will only continue to grow and expand.

An open culture is what helped get Trump elected. How? Through the spreading of fake news, hacking, the use of social media,  Trump’s tweeting, and other methods. An open culture allows for people to connect more readily, without the barriers that used to separate people.

The difference between an open culture and an evolved open culture is that in an evolved open culture, people will think in a more evolved way about the meaning of open access, and so, as one example, they will make sure that fake news doesn’t get spread around if it has the possibility to be used for devious ends. We are already seeing that occur – people have come to realize the destructive nature of fake news.

Disrupting the existing order, as Trump is doing, means that a new order will be created. This is the laws of nature – it’s what chaos theory says. Chaos theory tells us that a new evolved order arises from chaos.

This new order is one that represents a more evolved way of thinking, and doing. It will be a way that will move past stridency (on both sides of the political and cultural spectrum) and into embracing those different than ourselves – including people who have a different political  perspective. It will be a way that integrates a more open, spiritual perspective with the political, business, environmental and cultural perspective.

This new order can create a highly sophisticated culture that makes sure we all succeed. It can see that the phrase America First signifies that all people come first – and not just Americans, but all citizens of the world. It will understand that, as John F. Kennedy said, “a rising tide lifts all boats.” If one succeeds, we all succeed. It will be inclusionary in nature, as opposed to exclusionary.

As Donald Trump continues to swing his sledgehammer, he will help unite the traditionalists and liberals to find a common ground for what this new order and structure will look like. This new epoch will be one for each and everyone of us.

I am not saying that we should just sit around passively and let Donald Trump swing the sledgehammer in a helter-skelter fashion. We need to make our voices heard when things are not right. We need to be vigilant in our desire for justice. But we need to do it without stridency, with love and compassion, in an evolved open manner.

We also need to see with our mind’s eye what this new epoch looks like: it is the world our hearts tell us is possible. See it, feel it and intention it. And then act as if it is here.

Don’t be perplexed by current events. Mark my words, the best is yet to come.